The Raven Boys is the first of four books in The Raven Cycle by author Maggie Stiefvater.

“There are only two reasons a non-seer would see a spirit on St. Mark’s Eve,” Neeve said. “Either you’re his true love . . . or you killed him.”

It is freezing in the churchyard, even before the dead arrive.

Every year, Blue Sargent stands next to her clairvoyant mother as the soon-to-be dead walk past. Blue herself never sees them—not until this year, when a boy emerges from the dark and speaks directly to her.

His name is Gansey, and Blue soon discovers that he is a rich student at Aglionby, the local private school. Blue has a policy of staying away from Aglionby boys. Known as Raven Boys, they can only mean trouble.

But Blue is drawn to Gansey, in a way she can’t entirely explain. He has it all—family money, good looks, devoted friends—but he's looking for much more than that. He is on a quest that has encompassed three other Raven Boys: Adam, the scholarship student who resents all the privilege around him; Ronan, the fierce soul who ranges from anger to despair; and Noah, the taciturn watcher of the four, who notices many things but says very little.

For as long as she can remember, Blue has been warned that she will cause her true love to die. She never thought this would be a problem. But now, as her life becomes caught up in the strange and sinister world of the Raven Boys, she isn't so sure anymore

The story begins with Blue Sargent explaining she is the only non-psychic in her psychically-gifted family and they all predict that if she kisses her true love, they will die. On St. Mark's Eve, Blue and Neeve record the spirits of those who are fated to die in the upcoming year and Blue is stunned to see a spectre called Gansey. Neeve explains this means Gansey is either her true love or someone she will inevitably kill. Henrietta is infused with magic via the Ley line - an invisible energy current that connects spiritual places.

Richard Gansey III, Ronan Lynch, and Adam Parrish - the privileged Raven Boys - attend Aglionby Academy in Henrietta. Gansey, Ronan, and Noah live in a warehouse called Monmouth Manufacturing, while Adam lives with his parents in a double-wide trailer home. After magically recovering from the brink of death, Gansey embarked on a quest to find the mythical Welsh king Glendower who is prophesied to grant a wish to the person who wakes him. Ronan's father, Niall, was murdered sometime before the beginning of the book.

Blue's first meeting with the Raven Boys at Nino's is a disaster and she walks away with Gansey's journal with his notes on Glendower. Besides Adam, who asks her out, Blue initially wants nothing to do with the boys but she becomes intrigued by Gansey's obsession with Glendower. She develops feelings for Adam and begrudgingly allows the boys access to her psychic relatives.

Ronan goes on a drunken bender and Gansey recovers him in church bearing a baby raven who Ronan names Chainsaw.

The boys invite Blue on a helicopter ride in search of the Ley line. They find a spiritual forest called Cabeswater, where time is warped and the trees speak Latin; referring to Ronan as the 'Greywaren'. They enter a hollow tree that gives them dark premonitions: Adam sees Gansey dying because of him, and Blue sees her and Gansey kissing. Meanwhile, the boys' Latin teacher, Barrington Whelk, has been searching for the ley line as well.

In the churchyard, Blue and Gansey discover a human skeleton that bears Noah's ID. It is revealed that he has been dead for seven years. Whelk, a friend of Noah's, had unsuccessfully attempted to sacrifice Noah to gain the Ley line's power. When confronted, Noah disappears.

Whelk confronts Gansey at gunpoint on his drive home, takes Gansey's journal, and tries to shoot him but Gansey escapes.

Meanwhile, Ronan witnesses Adam being beaten by his father, Robert, and attacks him. Adam hits his head on a railing and is rushed to hospital but he later loses hearing in his left ear. Adam presses charges against his father and, on the drive home from the hospital, fights with Gansey about where he should live.

That night, Adam steals Gansey's car and drives to Cabeswater, where he finds Whelk and Neeve. Neeve had originally kidnapped Whelk, but he escaped and was prepared to sacrifice her. The others arrive, and Adam makes a deal with Cabeswater to be its "eyes and hands" in order to wake the Ley line. A stampede of animals tramples Whelk to death and, inside the vision tree, Blue and Gansey see a vision of themselves in a relationship.

Adam moves into an apartment above St. Agnes Church. The raven Boys and Blue attend Noah's funeral, and after reburying his body on the ley line, he reappears. Ronan admits to the group he took Chainsaw out of his dreams. 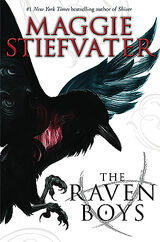 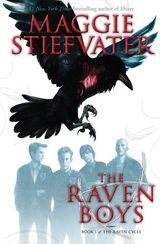 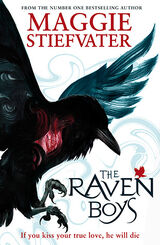 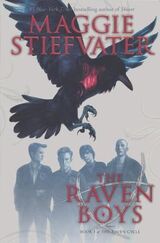 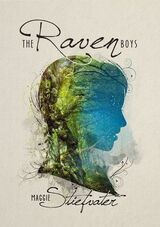 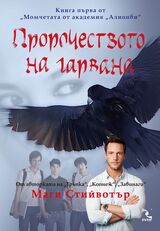 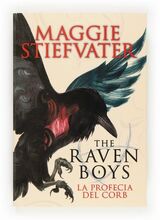 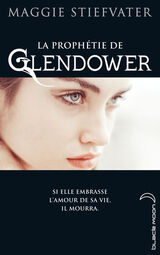 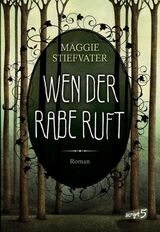 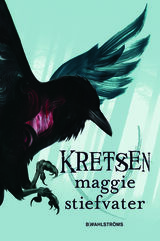 Swedish cover
Add a photo to this gallery

Retrieved from "https://theravenboys.fandom.com/wiki/The_Raven_Boys?oldid=9459"
Community content is available under CC-BY-SA unless otherwise noted.