The Raven King is the fourth and final book in The Raven Cycle by author Maggie Stiefvater.

It was initially scheduled for release on September 29th, 2015, but was pushed back to April 26th, 2016. On January 14, 2016, the prologue and the first chapter were released through Buzz Books and are available to read.

The fourth and final installment in the spellbinding series from the irrepressible, #1 New York Times bestselling author Maggie Stiefvater.

Now the endgame has begun. Dreams and nightmares are converging. Love and loss are inseparable. And the quest refuses to be pinned to a path. 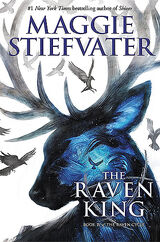 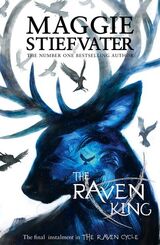 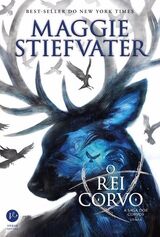 Portuguese cover
Add a photo to this gallery

Retrieved from "https://theravenboys.fandom.com/wiki/The_Raven_King?oldid=8916"
Community content is available under CC-BY-SA unless otherwise noted.